August 9, 2020 was one of the absolute worst days for celebrity chef Rachel Ray. She and her husband endured a massive house fire that left their home completely unsalvageable. While the two were able to escape unharmed, the devastating effects left them without a home.

To help educate others on house fires, Ray decided to share some video footage of her house burning to smithereens on the season 15 premiere of the Rachael Ray Show. While the incident was something she wished never happened, she knew that there was some value to what she went through.

On the segment, she invited Greg Amyot, a New York State Fire Investigator, who helped her after the fire to share some of the most crucial fire safety tips for others.

One of the most important tips Amyot explained was that if you ever find yourself in a situation like Ray did, was to remember an acronym called RACE: Rescue, Activate, Contain and Extinguish.

In a house fire, the first thing you should do is “rescue.” You know how on a plane they tell you to help others before helping yourself if something were to happen? The same goes for house fires—“rescue” means ensuring that you help anyone in eminent danger head to a safe area.

The next step is to “Activate,” which refers to activating a fire alarm or calling 911 to report the fire and get help. 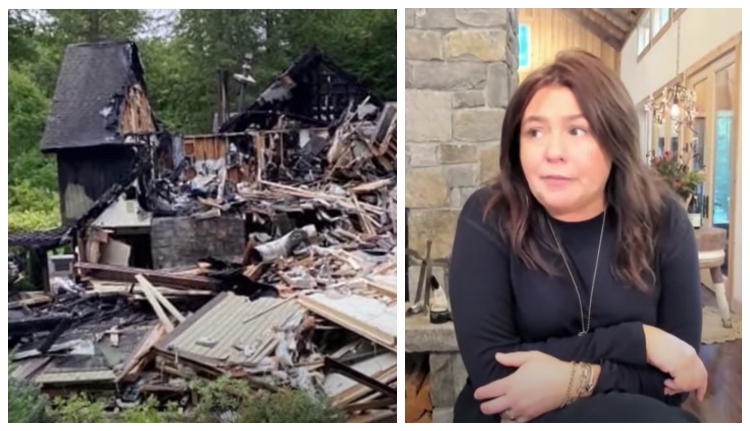 Once you’re off the phone, time is of the essence. If you can, try to “contain”—the C in the acronym—the flames, which Amyot says can double in size every 30-60 seconds. Amyot also recommends shutting all of the doors and then going to the E of the acronym: Evacuate.

“Get out,” Ray repeats. “I heard the fire in the walls,” she added, referring to her own situation. “It was bloodcurdling. Chilling from head to toe.”

Amyot also preaches another acronym called EDITH, or “Escape Drills In The Home.” That means having a plan and knowing at least two ways you can safely escape your home given an unfortunate incident like the one Ray experienced.

With so much going on regarding COVID-19, we can’t forget about other disasters that can occur, and the tips to keep us safe.

To hear more on how to stay safe if there is a house fire, as well as more from Rachael Ray’s tragedy, check out the video below.

Have you ever endured a house fire or know someone who has? What are some ways they kept themselves and others safe?