Henna tattoos have cultural roots that stretch back thousands of years. Their growing popularity in the West has led to us seeing them offered at festivals, carnivals, and at vacation spots, too.

Usually sourced from the henna plant, the dye is turned into a decoration for the body or home. Black versions of the dye are often mixed with chemicals, since it doesn’t naturally come in that color.

For one little girl, getting a black henna tattoo turned into a major medical emergency.

Seven-year-old Madison Gulliver of the UK was vacationing in Egypt with her family when she was given permission to get a henna tattoo as a reward for good behavior. The scrolling, flowery design extended from her finger all the way up her forearm.

When the family returned home from their trip, they noticed something was wrong with Madison’s tattoo. After washing the ink off, they saw her skin was raised and blistering! 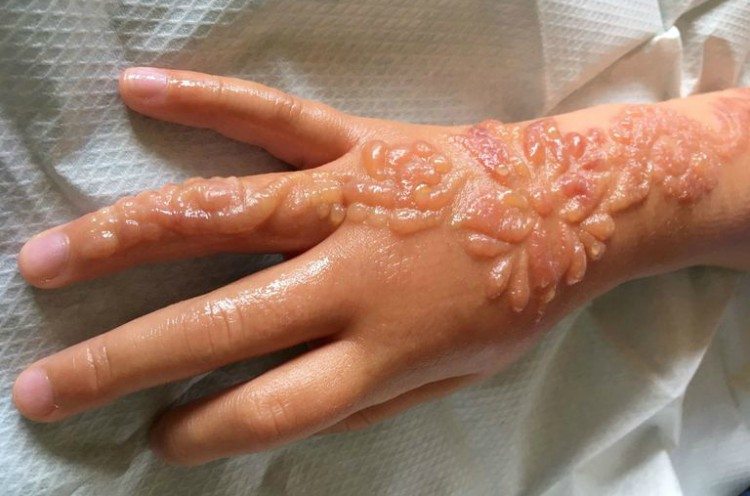 Its appearance and itchiness forced Madison’s parents to take her to the hospital, where they learned she had chemical burns from the dye. Multiple subsequent visits to doctors only resulted in more medicinal creams, but little results.

Finally, specialists in the burn unit had to cut the blisters off – from fingertip to elbow – in order to treat the burned skin underneath them. Madison was then fitted for a special bandage that the poor little girl had to wear for six months.

So what exactly happened? Natural henna comes from the henna plant and imbues a reddish or brownish color. The black henna used for tattoos like this typically contain paraphenylenediamine (PPD) which can cause allergic reactions and chemical burns on the skin.

Additives like PPD change the natural pigment imparted by henna. In most countries – including the United States – PPD-containing black henna is not allowed to be used on the skin. However, you will see it listed as an ingredient on some hair dyes with a warning.

Redness, itching, swelling, and blisters are among the reported reactions in people who have gotten black henna tattoos. With a reaction as severe as Madison’s and others like her, permanent scarring is also possible. 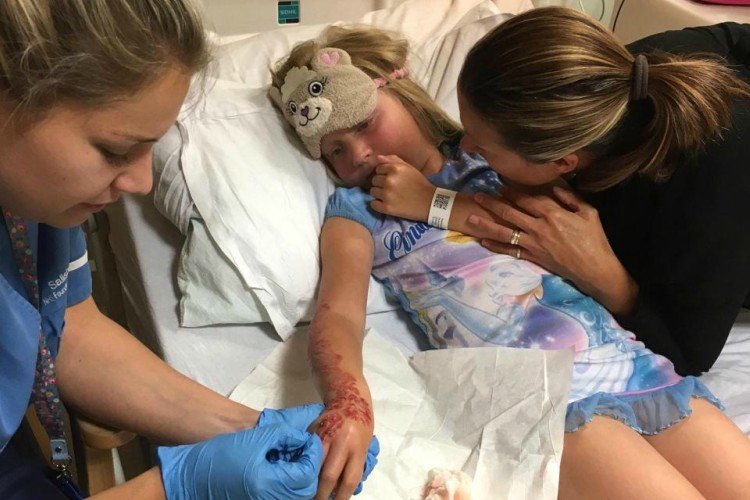 When the Gullivers initially contacted the hotel about the incident, they denied it was the henna. But they eventually did an about-face and apologized to the family and stated they will no longer offer the henna tattoos. The family is not seeking any legal recourse, but instead want to warn others about the dangers of black henna.

Although some people have reactions within the first few hours after an application of the dye, it is possible for it to take several days to appear. In countries where the dye is not regulated, you should be careful about allowing yourself or your child to be exposed to it.

Madison’s parents are hopeful that the compression bandage will prevent permanent scarring on her skin, but only time will tell.

Were you aware that black henna is capable of causing skin damage? Have you ever gotten a black henna tattoo and had a reaction? Do you use natural henna instead?