There are lots of weird laws in this world, but a law is a law that you have to abide by—otherwise you’ll be left to deal with the consequences.

One such law is in California, which states that people are not allowed to eat when they’re on the Bay Area Rapid Transit (BART). So when a man was eating a breakfast sandwich on the train platform, a law enforcement officer knew he had to detain him for his actions.

Of course, the man was not exactly happy about the situation. He was just eating an egg and cheese sandwich waiting for his train, after all. How could he possibly be in trouble?

“You are detained and you’re not free to go,” the officer told the man in the video that a BART bystander got during the incident. He explained that he was violating a California law by eating on a BART train or platform.

While the man was confused at the reason he was getting detained, he was also pretty frustrated with the fact he felt like he was being singled out. So he continued to eat his sandwich.

That was when the officer grabbed the man’s backpack, threatening jail time. And that ticked off the man even more.

“I’m not going to jail for eating a f—— sandwich,” Foster tell the officer, demanding that he get his hands off his backpack. 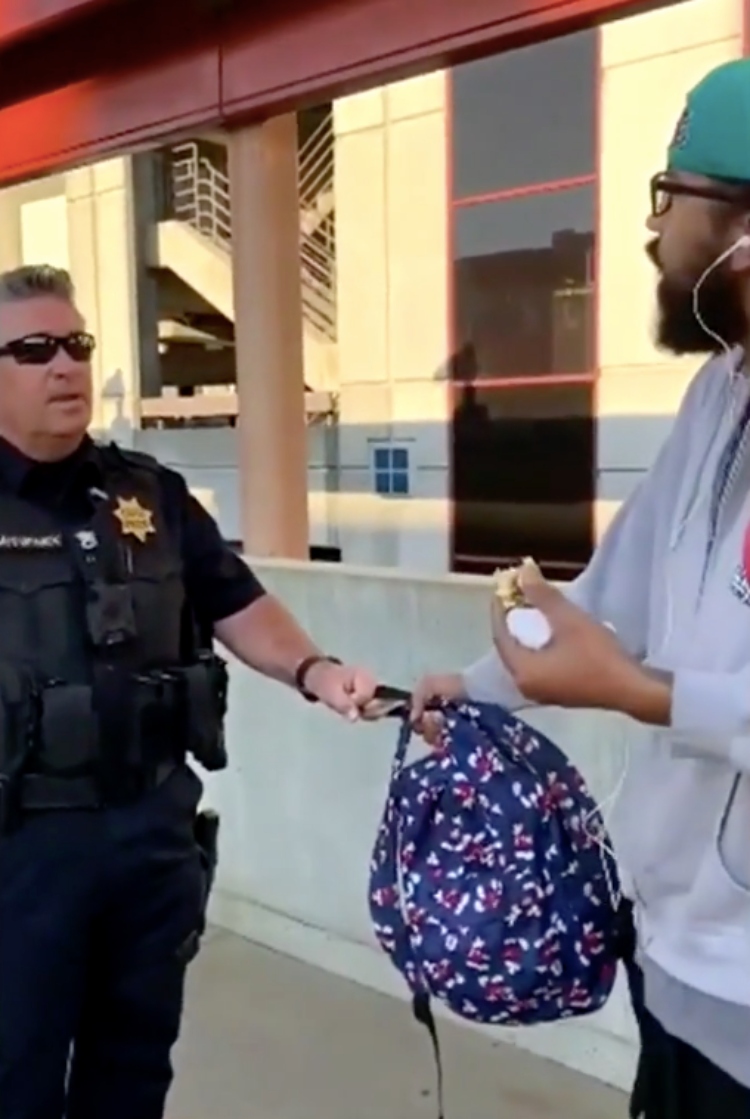 The situation escalated pretty quickly, as the man resisted arrest, still with his sandwich in hand.

The video stirred up lots of controversy. For one thing, why weren’t there any signs about the law of not eating on BART? What if the man simply didn’t know there was a law in place that banned eating?

“Eating in the paid area is banned and there are multiple signs inside every station saying as much,” BART’s general manager, Bob Powers, said in a statement. Plus, even if the man didn’t know of the law, he does treat the officer with disrespect. “The individual refused to provide identification, cursed at and made homophobic slurs at the officer who remained calm throughout the entire engagement,” he stated.

That’s not to say the officer handled the situation in the most professional manner, either. “The officer was doing his job but context is key,” Powers stated. “Enforcement of infractions such as eating and drinking inside our paid area should not be used to prevent us from delivering on our mission to provide safe, reliable, and clean transportation.”

Ultimately, Powers said he was ”disappointed how the situation unfolded,” publicly apologizing to the man as well as everyone affected by the video.

In addition, the man did not end up going to jail, but he was issued a citation for his actions.

So what’s the reason you can’t eat on BART anyway? “As a transportation system, our concern with eating is related to the cleanliness of our stations and system,” Powers explains in the statement.

Crazy, huh? To see how the whole situation went down and hear other’s opinions on the situation, check out the video below.

What do you think of how the situation was handled? What would you have done in this position?