Periods: All women get them, but not all women talk about them. And a group of eighth-graders realized that was kind of silly and wanted to do something about it.

So the teens created a podcast called “Sssh! Periods” so that they could actually talk about the topic that they don’t think should be so taboo.

The idea came to them after they saw a sign taped to the back of the toilet stall doors at their school explaining how to “properly dispose feminine products,” which calls out: “Make sure that no one views or handles product.”

“It’s not even saying the word pad. It just says product!” said Kathaleen Restitullo, 13, one of the girls who started the podcast. “Just, like, don’t let anyone see that you are on your period.”

And really, they’re right. It’s a natural thing in our bodies, so why not just acknowledge it? What’s the shame? These were questions they couldn’t help but wonder and want to do something about.

In addition to Kathaleen and Raizel, the others involved are named Kassy Abad, Caroline Abreu, Jasmin Acosta, Ashley Amankwah and Litzy Encarnacion. The seven girls met once a week after school for an entire season to work on their podcast—from writing to recording and editing.

“It was easy to record it,” said Caroline, who’s 13. “It was like the mic wasn’t even there. We were just having a conversation.” 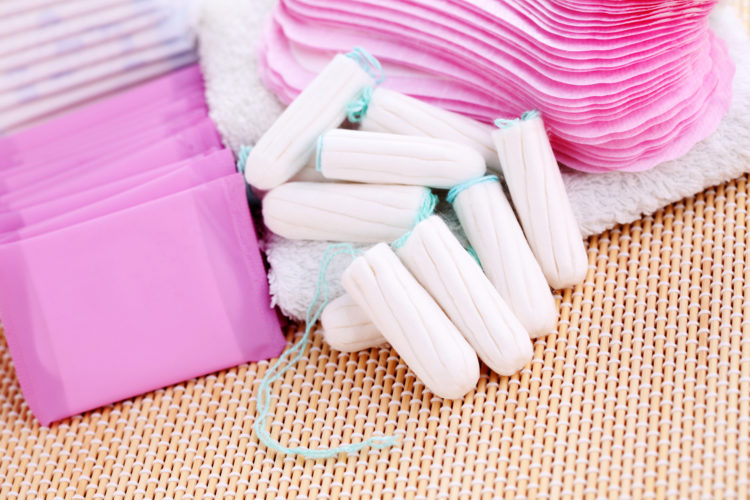 In the podcast, there’s no topic off limits, so long as it relates to the menstrual cycle. They talk about anything from the code words people use for periods to the embarrassment of bleeding through your pants (it happens to everyone!).

Sure, the topic can be a bit squeamish—even some of the girls had trouble openly discussing it at first since there’s so much shame around it. But once they got started, talking about it actually helped them become more comfortable.

“When I heard we were gonna talk about periods, at first I was disgusted and uncomfortable because that’s just how I am,” Kassy said. “But once we got to talk about it, and I learned that what happens to me happens to all these other girls, it made me feel more comfortable. It made me feel safe.”

“We just wanted to keep talking about it,” Kathaleen says. “It’s not a state secret or anything.”

The podcast was so successful that it won the grand prize in the first-ever NPR Student Podcast Challenge. They beat out nearly 6,000 entries from the entire country.

And even though they now have the biggest bragging rights in their middle school, they’re just happy to finally be able to send the message to other young girls that talking about your period is important.

You can listen to the podcast here!

How amazing is this? We only wish we were as cool as these young ladies. What do you think of this podcast and the idea behind openly discussing periods?