Whether you are a spiritual person or not, it’s hard to deny that there are real-life “angels” living among us. You may come across selfless do-gooders in the form of charity workers, educators, or veterans, but sometimes, angels reveal themselves in more curious ways, like that of a lone diner eating at a Denny’s.

Crystal, who works as a waitress, is a struggling single mother, and, before she met her “angel,” was homeless. Both she and her young son were sleeping in a shelter, unable to afford a place of their own, until one night when everything changed.

This past April a mysterious man walked into the restaurant and asked the hostess to seat him in a section that belonged to a waitress who was a single mother. Though she found the request to be “very odd,” the hostess seated the man at one of Crystal’s tables.

From there, he “sat there for 2 hours just watching people.” The hostess goes on to explain that “7 families came in and ate” and the silent man “paid every one of their bills, over $1,000.”

When the hostess asked the man why he was doing such a good deed for his fellow diners, he replied, “Family is everything. I’ve lost all of mine.”

The riveting story was first posted anonymously by the hostess in the Facebook group Love What Matters, a page that allows its members to share uplifting stories like this one. After her experience, she took to writing the post because, as she says, the man left before any of the staff “could say thank you.”

The hostess’ tale quickly went viral, being shared nearly 200,000 times on Facebook to date. Because of the popularity, Dateline NBC was able to track the “angel” down and land an exclusive interview. It was there that his identity was finally revealed. The diner’s name is Briggs, and he is a successful business owner based out of Utah. 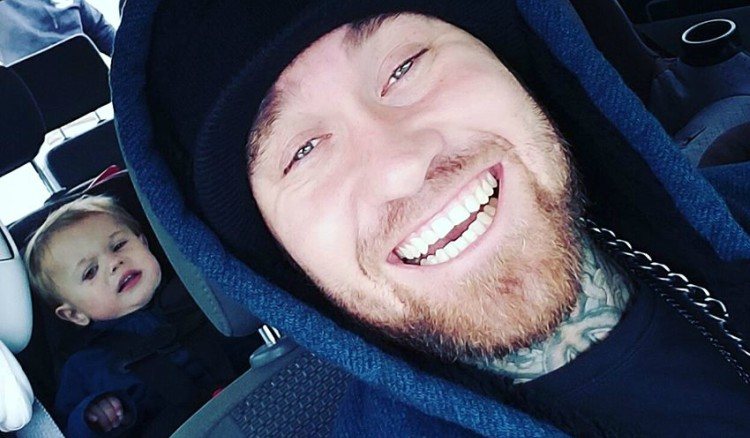 When asked to explain his motivation behind this act of generosity, he replied, “I grew up with a single mother of six. We were poor and homeless a lot. I watched and suffered for years as I watched her work her hands to the bone to give us a good life. She raised us to be kind and help others.”

Briggs then told Dateline that he had made some suspect life decisions that subsequently cost him relationships. “Many years down the road, I was facing prison and getting into trouble. It ended up causing me to lose my family because I was a really terrible person.”

Since then, it seems that he has said goodbye to his checkered past and wants to “pay it back.” Wow. That is some seriously powerful stuff.

Now, what this man did for the other patrons was certainly sweet, but you won’t believe what he gifted single mother Crystal. When Briggs closed out his check, he tipped his waitress a whopping $1,500! Amazingly, that extra cash was the extra money she needed to move out of the shelter and get an apartment of her own.

What a truly inspiring story! This one has us motivated to go out and do a good deed. Be sure to check out the hostess’ full post here.

What do you think of this Denny’s hostess’ unusual tale? Were you surprised by Briggs’ generous gift? Have you ever done anything similar to this? Tell us all about your thoughts and experiences in the comments section below!