Get the Scoop on Freckles with these 5 Facts

Among the most fascinating – and might I say amazing – facial features that exist are freckles. If you have them, then you know what I mean. And you don’t have to be a redhead to have been blessed with a dusting of them.

You’ll find freckled folk with a variety of skin tones and complexions, and there can be a smattering on different parts of the body. They’re a feature that many people find mysterious and, like dimples, attractive.

There are some things you might not be aware of when it comes to freckles. This video from Wochit sheds light on freckle facts. We’ll highlight a couple down below.

You may be used to seeing yours after being in the sun and then they fade. Those are called ephelides, and are very common with sun exposure. They may appear and then lighten up, especially between summer and winter. At times they may not be visible at all.

Age spots (also called liver spots) are the other type and they generally are unaffected by sun exposure. They contain more melanin, may be larger, and tend to stick around on the face or body.

Think about that for a moment. How many babies can you count who have freckles? They sprout when the skin gets touched by sunlight. Good ole solar rays work as an activator for the pigment that creates freckles. Zero sunlight is equal to zero freckles.

According to pediatric dermatology experts at Stanford, children typically develop them around 2 – 4 years of age. Though you’re not born with freckles, they can be hereditary in some families.

As mentioned earlier, redheads aren’t the only ones who have freckles. Genetically speaking, they’re considered a dominant trait, while red hair is recessive. The MC1R gene is responsible for freckles, and about 80% of gingers have it. 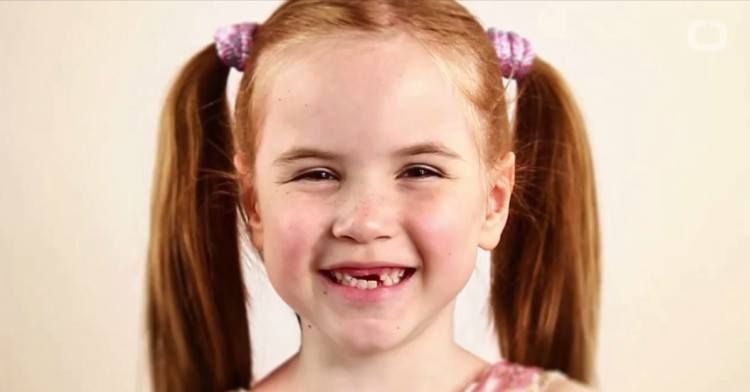 Wochit
Recently, freckles have become a hot trend in beauty. Sounds weird, huh? Yeah, it’s a thing. People are drawing “faux freckles” on as part of their makeup routine, and there also those who are having them cosmetically tattooed onto their faces. One business launched a startup for DIY freckle application kits. See what you’ve inspired?

Some freckled kids grow up with their mamas or grannies telling them they’ve been kissed by angels. Others were told that they bring good luck. Regardless of which folklore you want to roll with, dermatologists still recommend that you wear sunscreen to lower your risk of skin cancer.

Watch the video clip below to find out the supernatural origins of freckles and a few more interesting bits of information. Scientists are still trying to figure out the specifics of genes that give us special gifts like these. We all have unique features, whether they’re something like freckles, dimples, tooth gaps, or long legs. Celebrate your own beauty no matter how it looks!

Are you a member of the freckle club? On what parts of the body do you have them? Are you a redhead or no? Share with us in the comments!