If you grew up watching every Disney movie from Beauty and the Beast to Aladdin (and, you know, still watch them all in your adult years), then we have some exciting news for you.

If you haven’t heard by now, soon enough, you won’t have to blow the dust off of your VHS player to play your old cassette tapes, or wait for one of these classics to come on TV at the right time.

Disney has announced that they’ll be launching a streaming platform called Disney Plus, where you’ll be able to watch ALL of the Disney movies in one spot.

And that means the iconic “Disney Vault” will soon be no longer. If you’re unaware, the entire collection of Disney videos was once inside this Disney Vault. Historically, Disney has made individual titles available on home video for only a limited period of time.

For example, remember when the Little Mermaid became available on Disney DVD and Blue-ray? After that sold out, it went back into the “vault.” This streaming service will essentially be replacing the vault, making nearly every single Disney movie made available at all times for our viewing (and nostalgic) pleasure.

It was a good marketing tactic for a long time, but Disney CEO Bob Iger thinks it’s time to change things up for the better. That’s why this is a VERY big deal. 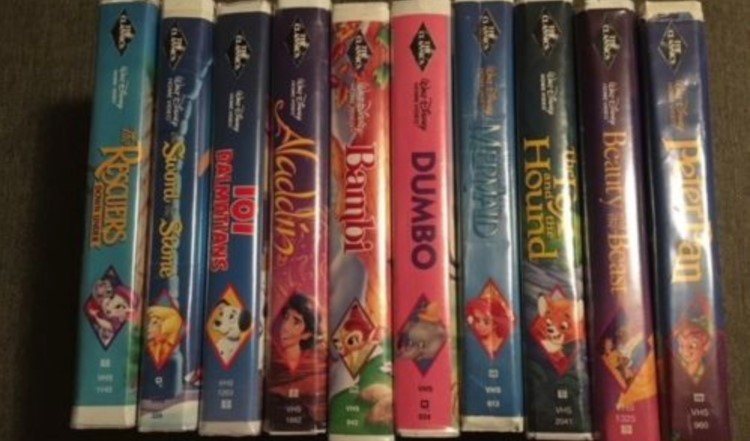 “The service is going to combine what we call library product, movies, and television, with a lot of original product as well, movies and television,” said Iger. “It will house the entire Disney motion picture library, so the movies that you speak of that traditionally have been kept in a ‘vault’ and brought out basically every few years will be on the service.”

Don’t worry–when he says “the entire Disney motion picture library,” he really means it. It includes literally all of your favorites: Everything from your old classics like Dumbo and Snow White to the most recent Disney films to be released will be available.

“It’s going to combine both the old and the new,” Iger clarified. “All of the films that we’re releasing this year, [starting] with Captain Marvel, will also be on the service.”

On top of movies, Disney Plus will also contain TV shows as well. “We’re producing a number of original movies and original television shows as well that will be Disney-branded,” he stated, referring to some of the exclusive and live-action shows that are being developed such as a live-action Star Wars series called The Mandalorian.

Disney Plus plans to charge less than what Netflix charges for its streaming service, likely coming in under the monthly $8-$14 fee. Totally feasible (and worth it)!

We haven’t heard of a release date for Disney Plus yet, but Iger says it’s scheduled to launch sometime this year. And we honestly can’t wait! Every Disney movie right at our fingertips? Yes please!

What is your all-time favorite Disney movie? Are you excited for this Disney streaming service? Which movie or show will you be watching first?