All right, soda drinkers, listen up. We know there’s a never-ending battle between Pepsi and Coke (personally, I’m a Coke person), but we’ve got some interesting news for you.

The difference between these two rivaling drinks is actually not very vast at all. Maybe that’s why some people can’t tell the difference at all—though, like we said, most people can and are quick to choose one over the other.

Do you see a difference? That’s right, if you look quickly you might miss it. It turns out that Pepsi contains citric acid, while Coke doesn’t—and that’s the one single difference in ingredients between the two! (Besides natural flavor vs. natural flavors, plural, in Coke, but can we really count that?)

In terms of nutritional facts, Coke has a little more sodium than Pepsi, which makes the taste a bit less sweet. Pepsi has more calories, sugar, and caffeine, so the taste is sweeter in that aspect as well.

Obviously Coke and Pepsi have been around for decades, so why are we just discovering this now? Well, it was in a passage from a 2005 book Blink, by Malcolm Gladwell, that has recently resurfaced causing all the commotion. Here’s what it said: 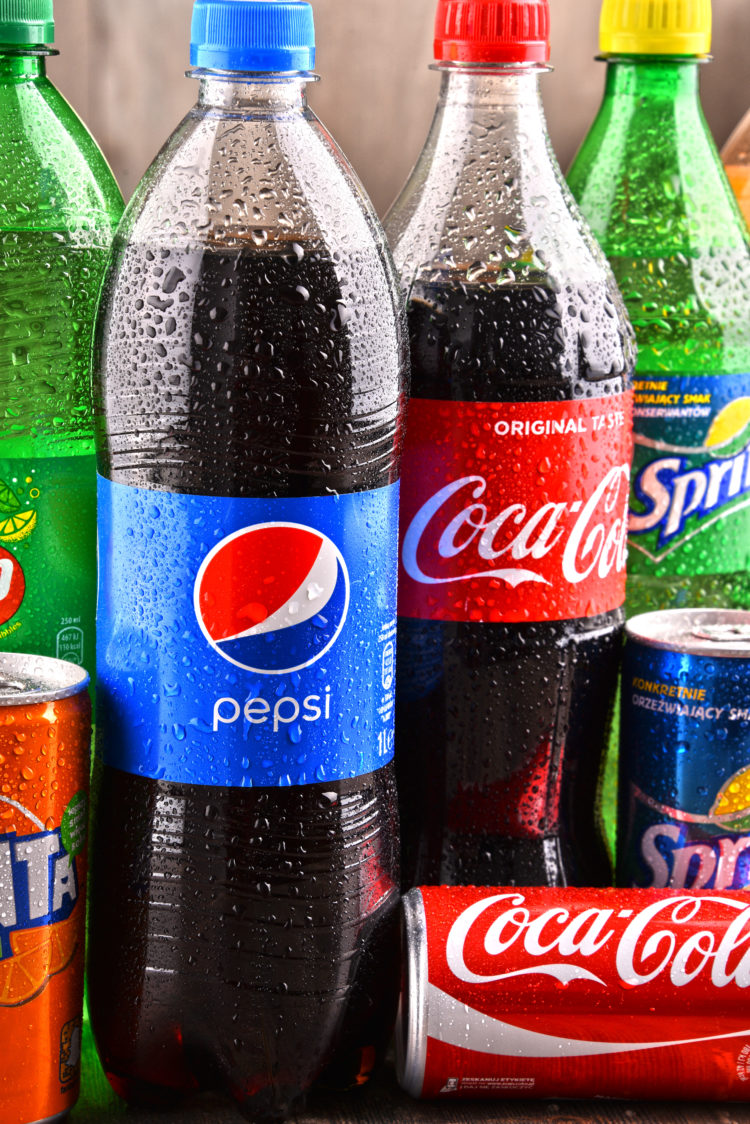 “Pepsi is sweeter than Coke, so right away it had a big advantage in a sip test. Pepsi is also characterized by a citrusy flavor burst, unlike the more raisiny-vanilla taste of Coke. But that burst tends to dissipate over the course of an entire can. Pepsi, in short, is a drink built to shine in a sip test.”

Now that we think about it, that’s insanely accurate. That citrus burst he’s talking about in the Pepsi comes from the citric acid, and that raisin-vanilla taste of Coke makes it a bit smoother in texture on your tongue. So if you’re more of a citrus person, you’ll probably favor Pepsi, and if you’re into that raisin-vanilla flavor, then Coke is your drink.

Because Coca-Cola’s brand is considered more valuable than Pepsi, they’re considered to be “winning” the sip test that Gladwell is discussing in his passage. But that contradicts what he was saying, since he notes that Coke shouldn’t stand a chance against Pepsi because of the sweetness. We do know that marketing also plays a role in what people consume, so that could very well be in.

Speaking of marketing, in similar news, sales of both Coke and Pepsi have actually gone down significantly in recent years as water companies have begun to spruce up their marketing and sales approach, marketing water as a much healthier approach to Coke and Pepsi. Of course this has always been the case, but health and wellness has become much more of a trendy commodity in recent years.

That’s not great news for the soda brands, but hopefully some good news for our wellness.

Maybe the Coke vs. Pepsi rivalry can finally be done for good? Check out the video below for more on why Coke and Pepsi sales are dwindling.

Which are you—a Coke or Pepsi fan? How do you feel now knowing that there’s only one main difference between the two?