When asked what makes a man physically attractive, most people might say something along the lines of “chiseled muscles” Or maybe you’re someone who likes “Six-pack abs.” Generally, being “tall, dark and handsome” would also qualify as attractive.

A term you don’t usually hear when referring to a man’s attraction? “Dad bod.” However, times have changed, and that’s exactly what seems to be the preferred body type during the global pandemic.

According to a new survey of 2,000 people by Dating.com, it turns out that nearly 75% of singles are more turned on by a “dad bod” over any other body type. The survey was held to determine specific body type preferences when looking for a partner. Surprising, right?

For those who aren’t familiar, a “dad bod” constitute a sort of an in-between of being muscular and being a little overweight. It’s having that typical dad beer gut, but its’ also working out. It’s a squishy belly now, but you probably worked out in previous years. Most people with dad bods might occasionally hit the gym, but also indulge in a Big Mac.

“Dad bods” is a term that’s been around for years, but isn’t usually a type of body deemed attractive—but the study just shows how there’s truly someone for everyone! 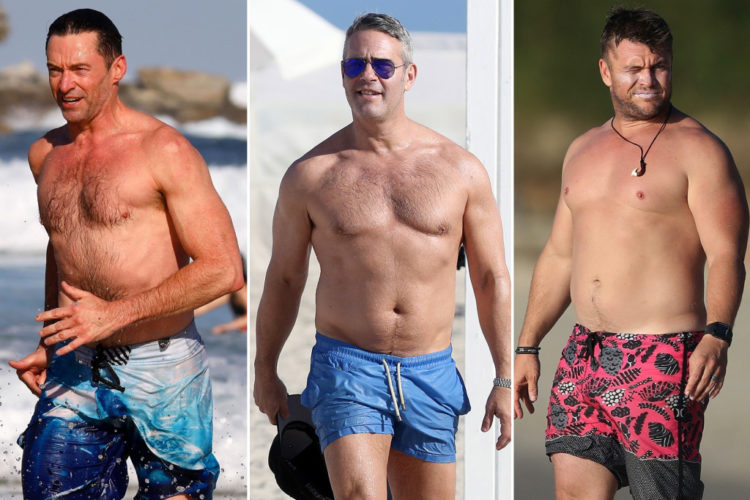 So men, if you ever began to feel down on yourself because you’re a bit heavier than you’d like to me, know that many people might prefer this these days.

“Movies and TV shows tend to promote Barbie and Ken body types, giving people the idea that they need to look similar in order to find their match,” Sullivan continued. “We’re happy to be able to confirm that is not how the real world actually operates. No matter your body type, your soul mate is out there and Dating.com is dedicated to helping you find them.”

It’s not just the pandemic driving these new advances in body type attraction—this isn’t the first time a study has found results like this. In fact, in a 2019 study from Planet Fitness, 61% of people said that dad bods are “sexy,” a stat that grew 10% from its previous year.

Perhaps next year people will be even more obsessed with the dad bod trend!

What do you think of the “dad bod”? What’s your preferred body type for men?