If Your Christmas Tree is Still Up, Then You Might Be In for Some Bad Luck

Most people put their Christmas trees up around the same time—typically just before or after Thanksgiving or at the beginning of December (well, at least minus those people who wait until the last minute!).

There’s never really one set day when it’s appropriate, at least in the Untied States. In the United Kingdom, however, there’s an exact date where people are supposed to take it down.

Well, technically, it could be one of two dates. It’s either January 5th or 6th, also known as the twelfth day of Christmas. The difference in date depends on which day you consider to be the first of the twelve days: The 25th or 26th of December.

There’s a huge debate about this, but the Church of England says the 6th and for the sake of time and your attention span, we’ll focus on what’s important: the tradition!

“The season of Christmas lasts for twelve days, culminating in another feast—that of the Epiphany on 6th January, when we recall how Jesus was first revealed to the wider world in the visit of the Magi (or Wise Men),” the Church of England states.

In some branches of Christianity, a festival will take place on this day, which officially marks the end of Christmas, and the “coming of the Epiphany.” The tradition in the UK started when Prince Albert had a Christmas tree put up at Windsor Castle. 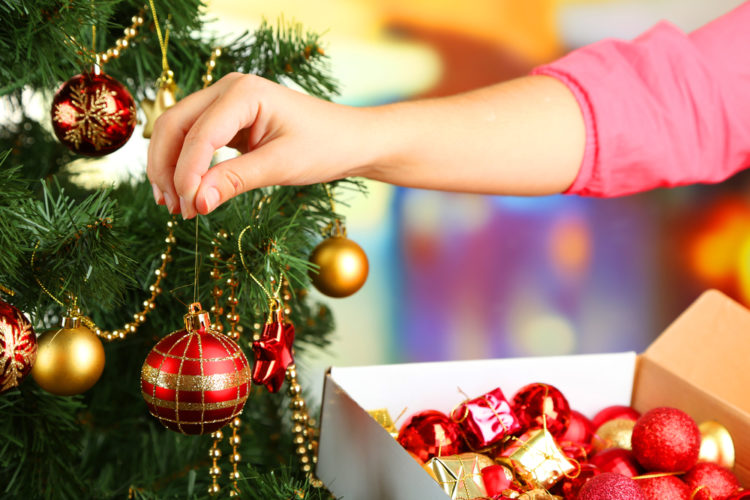 It only makes sense that you should take your Christmas tree down on this day. In fact, leaving it up for too long or taking it down too early is said to bring upon you bad luck. It’s also said that if you don’t get to take your tree down by this date, then the only way to avoid the bad luck is leaving it up the rest of the year.

“Traditions on when decorations should come down have always varied,” says Dr. Martin Johnes, author of new book, Christmas and the British: A Modern History. “Far more common was the idea that they stay up until Twelfth Night.”

So where does this tradition come from? Historically, people used to believe that “tree spirits” lived in the greenery that people used to decorate their homes for Christmas.

During Christmas (the 12 days of it), the greenery provided the spirits shelter, but once Christmas was over (not on the 25th, but on the 5th or 6th of January), they needed to be released. If you didn’t put your decorations away, it was believed that greenery would not return and, a a result, vegetation wouldn’t be able to grow.

Pretty crazy! Did you know that there was a correct day to take down your Christmas tree? When do you usually put yours away?