Every lead-up to the holidays, I always catch myself wishing that all my favorite holiday movies would be on all the time. Just like they have 24/7 radio stations blasting the best holiday tunes, there should be a TV channel equivalent! I mean, who wants to watch a rom com or a drama in the month of December anyway? Give me Home Alone, Elf, and A Christmas Story on replay, and you know you’re in for a jolly old time.

Well, turns out my dream is finally a reality! A new TV channel called True Christmas recently came to be, and it’ll be dedicated to playing all the best holiday classics seven days a week, 24 hours a day, right until the start of the new year! Is this real life? No matter what time of day it is, True Christmas guarantees something holiday-related. Is it Christmas?

Before you get too excited, there is some bad news, at least for those who live in America. True Christmas hasn’t made its way to the United States yet, it’s just a UK-based channel as of yet. But if you do live in the area, True Christmas will be available on Freeview 62, Sky 319, Virgin 424 and Freesat 302. 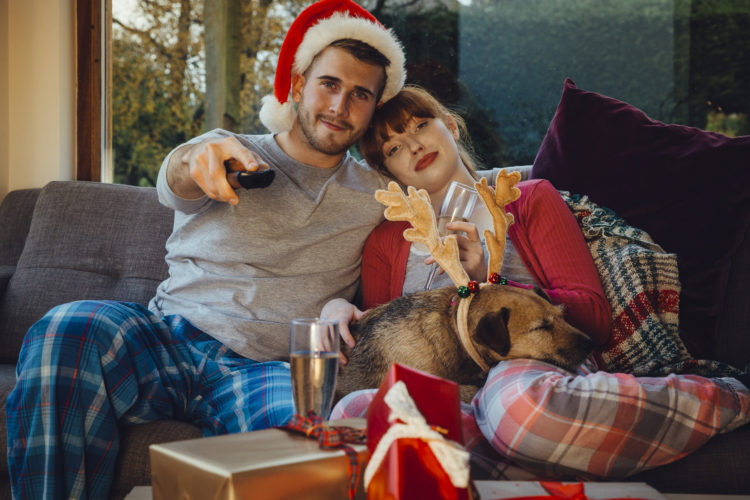 As for what’s going to be playing, you can view the schedule of what movies will be on at what time at the UK TV Guide. Each day, a new schedule shows with a brief synopsis of the show, its ratings, directors, genre, and more.

Just some of the films you can expect to see include The Christmas Gift, Once Upon a Christmas, and The Elf Who Didn’t Believe in Christmas. Just looking at it is making us want a class of eggnog and some gingerbread cookies!

The channel launched on September 24 and will play festive movies all through Christmas up until January 1, 2019. People have, of course, taken to social media to express how they feel about it, because there’s always that controversy over whether it’s it too early or the best thing ever.

“I have found the True Christmas channel… See you in January,” someone else posted, which is pretty accurate.

One person noted that maybe stores bringing out their holiday décor is a bit much, but not movies: “True Christmas! Ok it’s too early for things in shops. Never to early for an Xmas movie channel,” she posted.

And then there are some grinches out there that just can’t believe people would want to get into the spirit early: “True Movies have already changed to True Christmas. It’s September! Behave yourselves next year,” someone wrote.

Do you think it’s ever too early? What do you think about a 24/7 Christmas channel? Would you be all over it if it was available to you? If True Christmas is local to you, let us know what you think of it!