Chicken is probably one of the easiest meats to whip up for dinner in a jiff—you can throw it into salads, shred it into tacos, or just eat it straight up grilled, fried, seared, you name it.

There are hundreds of ways to make chicken, not to mention it’s one of the healthiest sources of protein. And it tastes great to boot! (Well, at least depending on the way you make it). Because of all these reasons, it makes sense that chicken is one of the most commonly eaten foods out there. So is it a coincidence that it sickens more people than anything else?

That’s right, unfortunately, the Centers for Disease Control and Prevention (CDC) says that chicken is associated with more outbreak-associated illnesses (that means that at least two people get sick after eating it) of any type of food.

They came to this conclusion after examining the causes of food-borne disease outbreaks that occurred between 2009 and 2015. And guys—brace yourselves. What they found was kind of crazy.

First off, in total, there were more than 5,760 food borne outbreaks that caused 100,939 illnesses, 5,699 hospitalizations and 145 deaths—and chicken topped the list of making most people sick, with 3,114 people getting sick after eating it.

Why is chicken so risky? 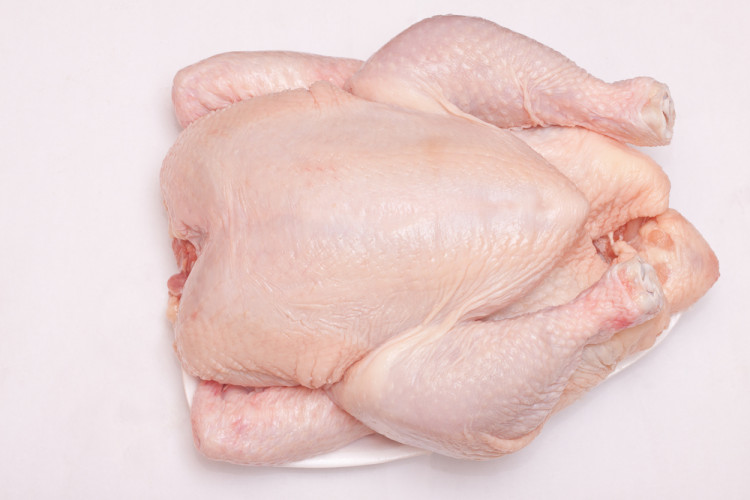 The big problem with chicken is that it’s “a reservoir for salmonella,” said Thomas Gremillion, director of the Food Policy Institute at the Consumer Federation of America. “This CDC report shows that government inspectors and industry need to do more to protect consumers from unsafe chicken.”

Salmonella is a bacteria that can cause a slew of unpleasant symptoms, from diarrhea to nausea, cramps, and vomiting. You might see symptoms in as little as 12 hours after eating something contaminated with it. Besides chicken, salmonella is found in foods like eggs, cheese, and fruit.

But don’t worry, you don’t have to swear off chicken forever—like we said, it’s a healthy, easy food to make, so we don’t want to scare you away from it forever! You just should take extra precaution in how you handle and cook it.

How to prevent chicken-related sicknesses

One of the most common ways people get sick from chicken is form not cooking it long enough. Any type of undercooked meat can cause sickness, but chicken especially is susceptible, so always make sure all the pink is gone after cooking. It also might be smart to invest in a meat thermometer and use it to make sure your chicken is done.

Have you ever gotten sick from chicken? How do you make sure you’re cooking or handling your chicken in the proper way so you don’t get sick?