Here’s Why You Should Count the Bumps on Your Peppers

It’s safe to say that there is a lot of misinformation bouncing around on the Internet these days—some serious and some just, plain senseless! As a matter of fact, one of the silliest pieces of hype that has recently spread like wildfire involves one of our favorite foods: bell peppers.

OK, so maybe standing up for peppers isn’t high on most people’s lists, but we think it’s important to clear the air, especially considering this bit of false information may be affecting the taste of your food!

If you are always on the hunt for new and innovative recipes on various food blogs, then you may have noticed a perplexing trend. You see, there seems to be a lot of talk regarding the ‘genders’ of bell peppers. Some sites claim that a ‘male’ pepper has three bumps, while a ‘female’ has four. Weird, huh?!

According to the site Pepper Scale (yep, these guys truly care about their peppers!), the concept of assigning a gender to this fruit may have arisen due to a misunderstanding concerning the flowering process of peppers.

You see, before a fruit is produced, peppers bloom as hermaphroditic flowers, meaning they have both male and female reproductive systems. As the plant grows, some of the female flowers and male flowers separate and spread throughout, but this does not change the fact that they are unisex. 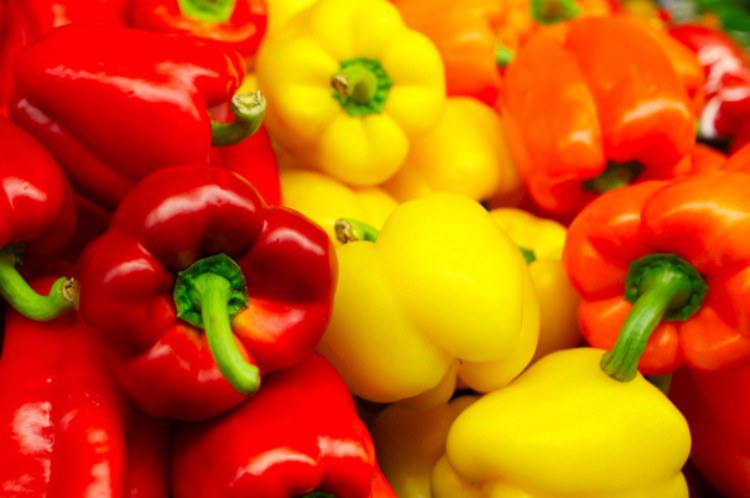 What’s in a bump?

Just because bell peppers don’t have genders doesn’t mean that the lobes (the bumps on the bottom of the fruit) aren’t significant. Depending on the piece of fruit, the number of lobes could determine many important characteristics about each individual pepper, including flavor, texture, and seed content.

Perhaps not surprisingly, there is a fair amount of controversy when it comes to ‘counting lobes’, but we find that there is a simple rule of thumb that can be followed to help you get the most out of your selection.

You see, each pepper comes equipped with between 2 and 5 lobes. Here in the United States, we almost always eat the kinds that have three or four.

For the most part, bell peppers with three lobes are generally considered to be better when cooked. So, if you prefer to eat your peppers in a stir fry or as part of a yummy shish kabob, this is the variety to choose!

On the other side of the coin is the four-lobed bell pepper. These guys are usually quite a bit sweeter, with many more seeds than their counterpart. We definitely prefer to much on the four-lobed variety raw.

Why you should consume more peppers

Aside from being oh-so delicious, bell peppers are also very good for you! No matter the number of bumps, one serving of this colorful fruit will provide you with plenty of Vitamins K, C, A, E, and B6, potassium, and a generous amount of dietary fiber.

Even more reason to count those lobes and get the most flavor out of those peppers!

Now that we’ve cracked the mystery of the lobe, we want to hear about your experience with this fruit. Did you know about this bell pepper gender fallacy? What variety of pepper is your favorite? How do you like to cook your bell peppers?