Do you know what one of the most common fears is? You can probably guess. And if you guessed spiders, or arachnophobia, you’d be correct.

But not for Jake Gray. This Australian man has the complete opposite of arachnophobia. He loves spiders—and has actually been keeping one in his house to watch it grow.

Warning: This is not your average spider, so if you do have arachnophobia, we recommend stopping reading now. But if you can’t look away—like we can’t—then keep on going, but consider yourself warned.

The spider that Jake has been caring for is a Banded Huntsman Spider, also known as a giant crab spider, because, well, you’ll see why in the photo. We’re talking about a BIG spider with humungous crab-like legs.

On average, this type of spider’s leg span can reach up to 15 centimeters, or nearly 6 inches on average with their bodies about 1.8 centimeters, or .71 inches long. Oh, and it’s called a “huntsman” because of its speed and mode of hunting.

The Banded Huntsman Spider is a member of the Sparassidae specie, which most commonly appear in warm temperate to tropical regions of the world (that’s why they’re more popular in locations like Australia).

Freaked out yet? Jake wasn’t. He named his spider Charlotte and has been watching it crawl around his mother’s home for the last year. Charlotte is perfectly average for her size, coming in at exactly 15 centimeters wide.

Ready to see here? Here she is in all her…glory? 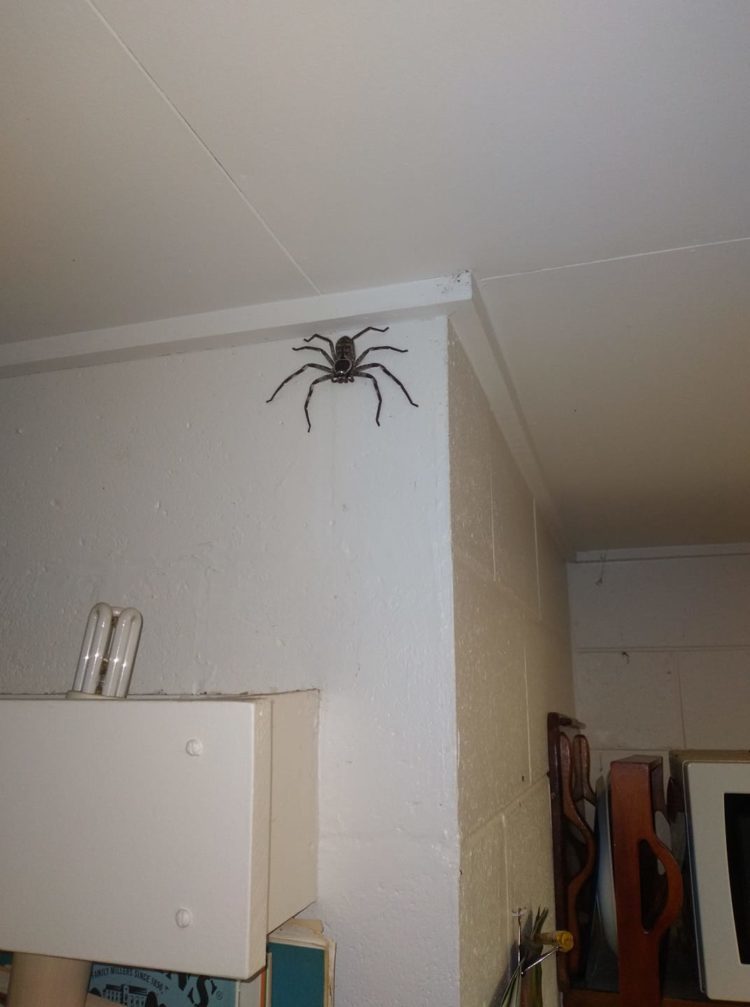 Gah! Did you run away screaming yet?

Jake says that there’s really nothing to be scared of. Charlotte just roams about the house and keeps to herself and has never harmed him or anyone else. Well, just bugs. The best part, he says, is that she eats all the other bugs so he never has to worry about creepy critters. Except for Charlotte herself, of course.

After posting a photo of Charlotte on the Australian spider identification Facebook page (yes, that is a thing), people were either royally freaked out, or thought she was a “beauty.” Mostly, people joked that it was the spider’s home now

“Make sure she chucks in half on the rent she owns a room now,” someone joked.

What do you think of Charlotte? Are you scared of spiders, or don’t mind them too much? Would you ever keep a spider or other insect as a pet like this?