Why Anne Hathaway Is Gaining Weight

When you think of Anne Hathaway, what do you think of? Gorgeous? Amazing actress in every role she plays? Sleek, slender, and slim? Probably all of the above.

But know that if you thought the latter, her body might not be that way for a while, but for good reason.

Anne recently revealed via her Instagram that she’s been working on gaining weight for an upcoming movie role—a price lots of Hollywood stars have had to pay before if they want to fit certain roles. Nothing wrong with that, right?

Unfortunately, the public always seems to care more than the actual actress gaining the weight. The world loves to body shame, especially celebrities. If someone gains a few pounds, the media creates headlines about how they need to lose the weight again.

But Anne anticipated all the haters with her Instagram post. She posted a sped-up workout video with this cheeky caption: “I am gaining weight for a movie role and it is going well. To all the people who are going to fat shame me in the upcoming months, it’s not me, it’s you. Peace xx”

Dang right. And in true Anne Hathaway humor, she ended the caption with: “PS- I wanted to set this to Queen’s “Fat Bottomed Girls” but copyright said no. Continued peace xx”

We don’t blame her for expecting the body shame she’ll likely get if she didn’t preemptively explain her intentional weight gain. 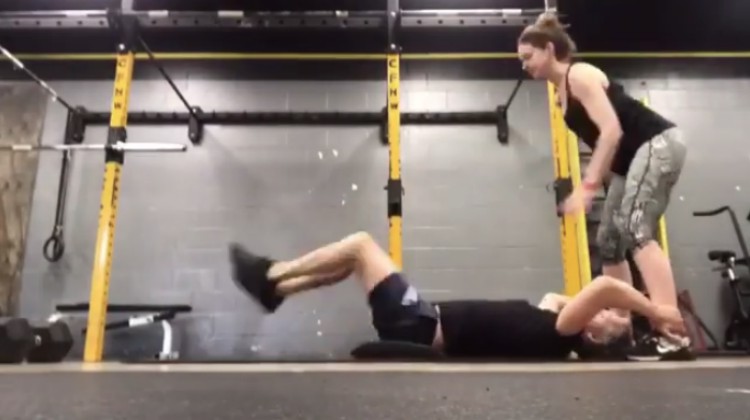 Most of the fans who commented on her post were positive, applauding Anne on being dedicated, no matter what size. “You’re an amazing human and I applaud your forward focus & positive attitude! Good luck on your new role,” one commenter posted.

And our personal favorite comment, to which we’d tend to agree: “Good for you @annehathaway! Not sure why [humans] do that to each other—cats NEVER #body shame each other.”

However, there were lots of people wondering why she even needed to explain why she was gaining weight. We could hear the sighs.

“The fact that you needed to post this is sad. One should be able to gain or lose without feeling the need to explain anything to anyone,” someone wrote. Another commented posted, “It’s a sad state of affairs when you have to pre warn people about gaining weight for them to not fat shame you.”

And some people just downright didn’t understand: “That’s an extremely arrogant sentiment. Get over yourself. How does gaining muscle make you fat? You’ve just body shamed yourself with your back water mentality.”

We’re thinking Anne didn’t mean to offend anyway—she just wanted to let the public know her body might be changing in the upcoming months before her new role, and that she wasn’t going to take any flack from anyone.

The video she posted shows her doing all sorts of intense fitness moves—from bench presses to weighted Russian twists and more. Check it out on her Instgram handle at @annehathaway.

She’s probably going to be super buff and strong for this role! We’re so curious what movie it’s for (that hasn’t been announced yet).

What kind of role do you think Anne Hathaway is training for? How do you feel about actresses or actors putting weight on to fit a character?